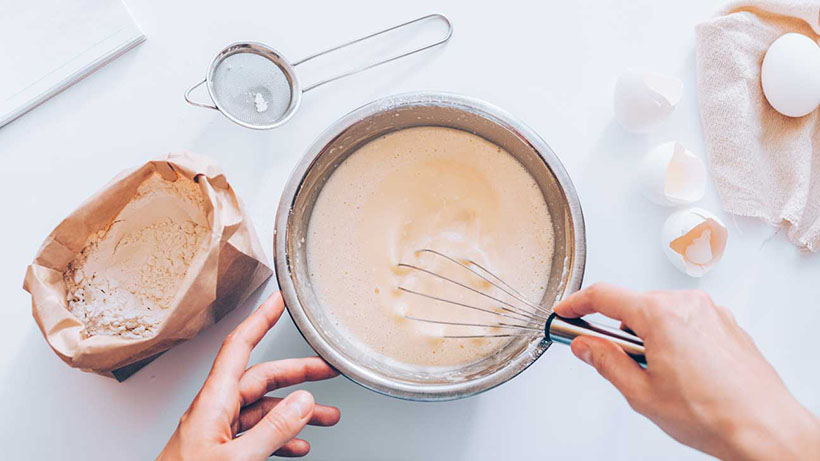 Is Baking Soda A Leavening Agent

Due of the similarities in their names and looks, bakers of all levels of experience frequently get the two terms mixed up.

This article will discuss the distinctions between baking soda and baking powder, as well as the potential consequences of using one in place of the other in a variety of baked items.

What is baking soda?

Leavening agents like baking soda are used in the production of baked products such as cakes, muffins, and cookies.

It is a white crystalline powder that has a naturally alkaline, or basic, pH and was once known by its chemical name, sodium bicarbonate.

When coupled with an acidic component as well as a liquid, baking soda is converted into an active form of the compound. Carbon dioxide is created during the activation process, which enables baked foods to rise and become airy and fluffy.

Because of this, recipes that call for baking soda will also call for an acidic component, such lemon juice or buttermilk.

What is baking powder?

Baking powder, in contrast to baking soda, is what’s known as a “complete leavening agent,” which means that in addition to the base (sodium bicarbonate), it also includes the acid that’s necessary for the product to rise.

Baking powder often also contains cornstarch as an ingredient. It serves as a buffer, preventing the acid and base from becoming active while the substance is being stored.

The acid in baking powder combines with the sodium bicarbonate and then produces carbon dioxide when it is mixed with a liquid, very similarly to how baking soda reacts with water and an acidic substance.

Baking powders are available in both single- and double-acting variants; however, single-acting versions are almost often solely utilized by food makers and are not normally made accessible to consumers for use in their homes.

When a recipe asks for baking powder, it almost often means the double-acting kind of the ingredient.

A prolonged reaction is desirable for many different recipes because it ensures that the leavening, or rising, does not occur all at once.

When to use which one?

Baking soda is a common ingredient in culinary preparations that also call for an acidic component, such as cream of tartar, buttermilk, or lemon juice.

On the other hand, baking powder is often used in recipes that do not include an acidic ingredient since the powder already contains the acid that is necessary to make carbon dioxide. This is because baking powder is acidic.

The amount of acidity that is included in different baked product combinations may vary substantially. Finding the appropriate equilibrium between acid and base is necessary in order to make a baked dish that is both appetizing and delicious.

Baking soda and baking powder are two ingredients that may be required for certain recipes.

In most cases, this is because the recipe calls for an acid, which must be neutralized by the baking soda in order to leaven the food entirely, but the baking soda alone may not be enough.

While it’s possible to interchange baking soda and baking powder in recipes, it’s not as straightforward as simply replacing one for the other.

In a pinch, you may be able to get away with using baking powder instead of baking soda, despite the fact that this switch isn’t suggested very often.

When baking powder is replaced with baking soda, there is no need to add any other ingredients.

On the other hand, baking soda is far more powerful than baking powder. Therefore, you will most likely need around three times as much powder than you would soda in order to get the same level of increasing ability.

In addition, the finished product you make can have a flavor that is more chemical or bitter if you employ this alternative.

You may also give one of the many other alternatives to baking soda a go instead of baking soda.

If you only have baking soda on hand but the recipe asks for baking powder, you may be able to make a substitution, but you will need to add some more ingredients.

Because baking soda does not include the acid that baking powder would ordinarily provide to the recipe, activating the baking soda requires the addition of an acidic ingredient such as cream of tartar.

In addition, baking soda has a leavening strength that is far superior to that of baking powder.

To summarize, these are the fundamentals:

What should you do if you decide to do some baking but you don’t have any baking powder or baking soda on hand? Your only choices at that point are to make a quick trip to the store or to inquire of a nearby neighbor. There are shortcuts that can be taken while baking, but in order to make use of them, you need to have certain ingredients on hand, such as baking soda from ARM & HAMMER.

Have fun baking, and if you’re interested, have a look at a few of our most popular dessert recipes that call for both of those components.

Why Do Some Recipes Call for Both Baking Soda and Baking Powder?

There are three general instances in which a recipe will call for both baking soda and baking powder:

What Is a Good Substitute for Both Baking Soda and Baking Powder?

As a leavening agent, baking soda and baking powder are often called for in a variety of recipes for baked goods. There are even some that incorporate both.

Although both items give off the impression that they are the same, they are not.

Baking soda is a kind of sodium bicarbonate, which, in order to become activated and assist in the rising of baked products, needs the presence of both an acid and a liquid.

On the other hand, baking powder is composed of sodium bicarbonate in addition to an acid. To become active, it just requires the presence of a liquid.

Adjustments need to be made in order to make it feasible to use one in place of the other.