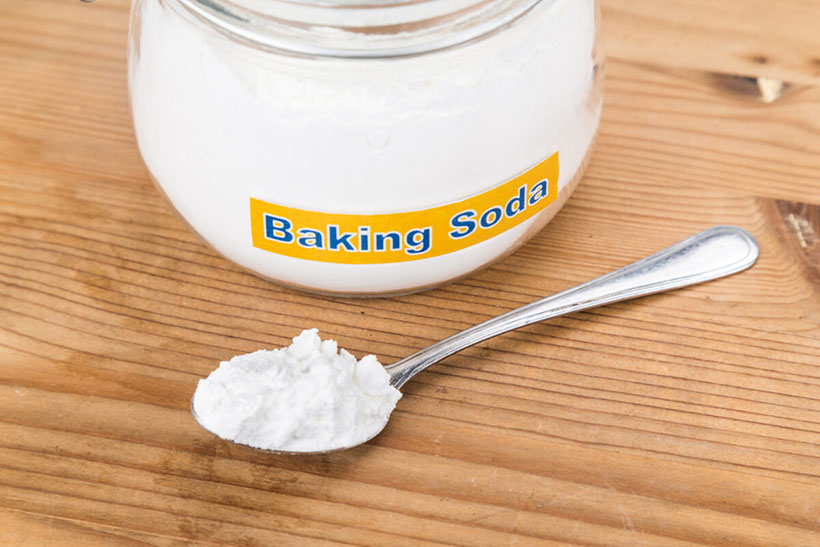 Is Baking Soda A Compound

The formula for baking soda is sodium hydrogen carbonate, which is its chemistry name. In certain circles, it is also referred to as sodium bicarbonate or bicarbonate of soda.

It has a flavor that is somewhere between mildly salty and somewhat alkaline and is a white material. It all started around 4 million years ago, when drought caused salt lakes all across the world to dry up, resulting in deposits of trona being left behind. This event is where its history begins.

The trona rock may be processed into soda ash, which is a naturally occurring substance that can be characterized chemically as sodium carbonate. It is also used in the production of baking soda.

Since baking soda satisfies all of these requirements, as was just shown, we may conclude that it is a compound.

Is Baking Soda a Mixture?

According to the accepted definition, mixtures are defined as the compounds that result from the combination of two or more distinct kinds of atoms or ions.

Mixtures, on the other hand, are not the same as compounds since the many atoms and ions that make up a mixture are not chemically bound to one another, nor are they present in a predetermined proportion.

The atoms continue to display the features that are unique to them. In addition, the constituent parts of a mixture are capable of being physically disentangled and isolated from one another with relative ease.

However, in order to build a molecule of baking soda, the various atoms must first make chemical bonds with one another in certain ratios. In addition, the characteristics of baking soda are distinct from those of any of its essential ingredients.

One molecule of baking soda is created when the atoms of sodium, hydrogen, carbon, and oxygen come together in the proportions of 1:1:1:3, respectively.

These atoms give up their distinct qualities and, in collaboration with other atoms, gain traits that are exclusive to baking soda. These features cannot be found in any other substance.

It does not break down into its component parts with the use of simple physical procedures. Baking soda is a compound because it has all of these characteristics, which define a compound.

since one of the characteristics of compounds is the production of ions. As a consequence, baking soda is appropriately classified as a chemical.

Ionic compounds and molecular or covalent compounds are the two primary categories that may be used to describe compounds in their most general form.

The development of a covalent connection between two separate atoms is what leads to the production of these compounds, as suggested by the compounds’ names.

These atoms are present in a certain ratio, and that ratio is maintained consistently over the whole of the material. In an aqueous solution, these molecules do not break apart because they have no net electrical charge and are electrically neutral.

Organic compounds are so-called because they are composed mostly of carbon and hydrogen atoms, and their chemical bonds are predominantly of the covalent kind.

Compounds such as CH4, CO2, and others are examples of covalent compounds.

Ionic bonds are created between various atoms inside a molecule, which results in the formation of these. These molecules are able to dissociate in an aqueous solution and are excellent thermal and electrical conductors.

In these compounds, the distribution of atoms has a predetermined order. Ionic compounds make up the vast majority of inorganic substances. Examples include HCl, NaOH, NaHCO3, etc.

NaHCO3 is an amphoteric chemical, which means that it is capable of reacting as both an alkali and an acid.

In an aqueous solution, it may react as an acid by giving up a proton or it may receive a proton and react as a base. Both of these outcomes are possible.

What is Baking Soda made of?

As is evident from the structural formula of the chemical Baking soda, also known as NaHCO3, is a chemical made up of four different elements: sodium, hydrogen, carbon, and oxygen.

In order to produce a single molecule of sodium bicarbonate, the atoms of these elements must combine in a certain ratio of 1:1:1:3 for the reaction to take place.

In an aqueous solution, the baking soda molecule will dissociate, leading to the formation of a variety of ions. Because it is capable of reacting both as an acid and as a base, as was just said, the ions that are generated are also distinct from one another.

One molecule of baking soda may be broken down into the following components in an alkaline solution:

On the other hand, the following ions are generated when the substance reacts as an acid:

Is Baking Soda a Heterogeneous Mixture?

Some examples of heterogeneous combinations are bean and vegetable stew, soups made with oil and water, and so on.

The individual molecules that make up sodium bicarbonate each contain a predetermined amount of each of the atoms that may combine. In addition, there are no distinct stages to be found here.

Because of this, baking soda cannot possibly be considered a heterogeneous composition.

Is Baking Soda a Homogeneous Mixture?

Although the atoms that may combine in a homogeneous mixture are spread evenly, they do not actually react chemically with one another. These kinds of combinations always have a set and consistent make-up for its components.

Even though there are no longer any distinct phases, the specific characteristics of the many sorts of atoms have not been changed in any way.

Physical techniques such as boiling may be used to separate component elements since different atoms are unable to make chemical connections with one another. This enables the constituent elements to be separated.

On the other hand, in contrast to the case with homogeneous mixes, the atoms that make up the molecules of baking soda are chemically bound to one another and cannot be separated via the use of just physical processes.

Therefore, baking soda is not an example of a combination that is completely uniform.

A few important properties of baking soda are listed below:

Various uses of baking soda are given below:

What does baking soda react with?

What acid does baking soda need to activate?

Baking soda is mostly composed of sodium bicarbonate as an ingredient. It is possible for an acid, such as buttermilk, yoghurt, brown sugar, or vinegar, to transform into an alkaline base when it comes into contact with sodium bicarbonate (usually the acid is part of your recipe).

What is the pH of baking soda?

Baking soda is a kind of base that is also often referred to as sodium bicarbonate. This suggests that an alkaline solution is produced when baking soda is mixed with water and allowed to dissolve. For instance, the pH of a baking soda solution with 0.1 molar concentration is around 8.3

How is baking soda prepared in laboratory?

Is baking soda natural or synthetic?

Powdered baking soda is the most prevalent form in which this crystalline chemical component, which is also known as sodium bicarbonate, is found throughout the world. Baking soda may be found in its natural state; however, it is more often extracted from mines and produced via a chemical process.

Connect with BYJU’S to improve your understanding of the topics and to have your questions answered by the faculty members who are experts in their fields.

Baking soda is considered to be a compound due to the fact that it is produced by the chemical bonding of many distinct kinds of atoms in a predetermined ratio.

Baking soda is not considered to be a combination since its characteristics are distinct from those of any of its constituent atoms, and it is not possible to break baking soda down into its component parts by the use of physical processes.

Baking soda is an ionic substance that is amphoteric in nature. This means that it can act both as an alkali and as an acid when dissolved in water. This property gives it the capacity to neutralize both acids and alkalis.

The combining of atoms containing sodium, hydrogen, carbon, and oxygen in the proportions 1:1:1:2 results in the formation of a single molecule of sodium bicarbonate.