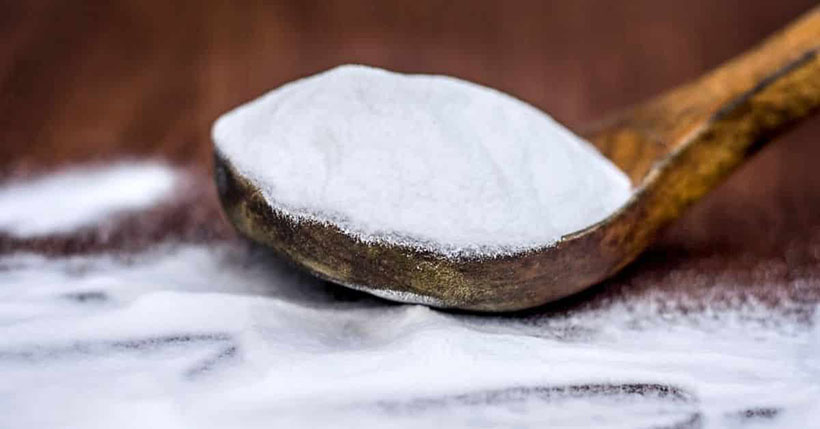 How Much Baking Soda Is Too Much

You most likely keep a box of baking soda in the back of your refrigerator and get it out whenever you need to prepare a batch of cookies for your family. You may have taken it when your stomach ached or used it to clean your clothing. You may have even used baking soda and vinegar in a school science project in the past. (Spoiler alert: it “explodes” with fizz.) Baking soda is a household essential, but how much do you actually know about this apparently basic ingredient?

Baking soda is an alkaline material that has the ability to neutralize excess stomach acid. It gives short relief from indigestion in modest dosages and works similarly to over-the-counter (OTC) indigestion medications.

However, there are significant hazards to using high doses of baking soda as a home treatment, including:

When using baking soda in powder form, it is simple to consume too much of it. This may have negative consequences, such as intestinal pain.

Baking soda is also deadly in big quantities. This is due to the high salt concentration of the powder.

When a person consumes an excessive amount of sodium bicarbonate, the body attempts to rectify the salt balance by pulling water into the digestive tract. This results in diarrhea and vomiting.

If the sodium is absorbed by the body, it might result in:

If a substantial quantity of baking soda has been used and the individual is suffering any signs of poisoning, contact Poison Control at 800-222-1222.

Taking high doses of baking soda might cause stomach rupture in addition to poisoning.

When baking soda and acid combine, a chemical reaction occurs. The discharge of gas is a consequence of this process.

According to the National Capital Poison Center (NCPC), consuming too much baking soda at once may cause a considerable quantity of gas to collect in the stomach, causing it to burst. This is more common if a substantial quantity of food or drink has been ingested.

A youngster should not be given baking soda or other drugs containing sodium bicarbonate by a parent or caregiver.

If a parent or caregiver discovers a youngster ingesting baking soda, the Missouri Poison Center advises:

If a parent or caregiver is unsure if their kid has consumed baking soda, they may watch for early signs of an overdose, such as diarrhea and vomiting.

According to the Canadian Society of Intestinal Research, baking soda may impact how drugs are absorbed by the body. This might have a variety of negative consequences depending on the drug a person is taking.

How much baking soda is too much?

Adults who are not pregnant may treat transient indigestion by combining half a teaspoon (tsp) of baking soda with at least half a cup of water.

However, the NCPC recommends utilizing over-the-counter indigestion medications like Tums rather than producing at-home cures. This reduces the possibility of overdose.

When it is not feasible to acquire an OTC treatment, baking soda might be used as a temporary solution. However, before doing this, consult with a doctor.

People who are pregnant, using other drugs, or have underlying health issues should see a doctor before consuming even a modest amount of baking soda.

Sodium bicarbonate should not be used for more than two weeks at a time. If their symptoms last longer than this, they may have an underlying problem that need medical attention.

Baking soda includes sodium, which may be harmful to the heart in large quantities.

Overdosing on baking soda has been linked to cardiac rhythms in certain people, according to Trusted Source.

Baking soda overdoses have also been linked to cardiac arrest. This happens when the heart abruptly ceases to pump blood, which may be deadly.

However, although experts are aware that excessive baking soda use is damaging to the cardiovascular system, it is unknown if it increases the risk of a heart attack.

Baking soda and sodium bicarbonate should be avoided by those with cardiovascular disease and those who must avoid salt for medical reasons.

What if I have an ulcer?

Baking soda and over-the-counter antacids may both temporarily ease the symptoms of stomach ulcers. Antacids, on the other hand, are not a cure for stomach ulcers.

This is because stomach ulcers are often caused by nonsteroidal anti-inflammatory medicines (NSAIDs) such as ibuprofen or Helicobacter pylori, a kind of bacterium.

Antibiotics may be inhibited by antacids, especially baking soda. During ulcer therapy, a doctor may give various medications, such as proton pump inhibitors, to alleviate stomach ulcer symptoms and enable the ulcer to heal.

The principal advantage of consuming baking soda is that it provides short relief from indigestion or heartburn. There is also evidence that it may help with muscular fatigue during sports training.

A 2017 randomized, double-blind studyTrusted Source discovered evidence that sodium bicarbonate increased performance among trained runners. The research, however, was tiny, and practically all of the participants were men.

Without the guidance of a doctor, people should not take sodium bicarbonate for fitness or health goals.

Baking soda is a culinary ingredient that aids in the rise of batter. The consequences of ingesting a significant quantity of baking soda are discussed in this article. When used in cooking and baking, baking soda is considered harmless.

Soda loading is the practice of consuming baking soda. Some sportsmen and coaches feel that consuming baking soda before a competition allows them to perform for longer periods of time. This is quite risky. It not only has adverse effects, but it also prevents athletes from performing.

This is solely for informational purposes and should not be used to treat or manage a real overdose. In the event of an overdose, contact your local emergency number (such as 911) or the National Poison Control Center at 1-800-222-1222.

Sodium bicarbonate can be poisonous in large amounts.

Symptoms of baking soda overdose include:

For some individuals, ingesting baking soda on occasion to relieve indigestion or heartburn might be a safe home treatment.

This is not, however, safe during pregnancy, in youngsters, or for lengthy periods of time. It is also ineffective in treating disorders that cause heartburn, such as stomach ulcers.

In general, it is preferable to utilize over-the-counter indigestion medicines since there is a smaller chance of overdosing. If this is not feasible, a person may combine half a teaspoon of baking soda with at least half a cup of water. Having said that, they should consult with a doctor first.

If someone consumes too much baking soda, they should contact Poison Control at 800-222-1222.