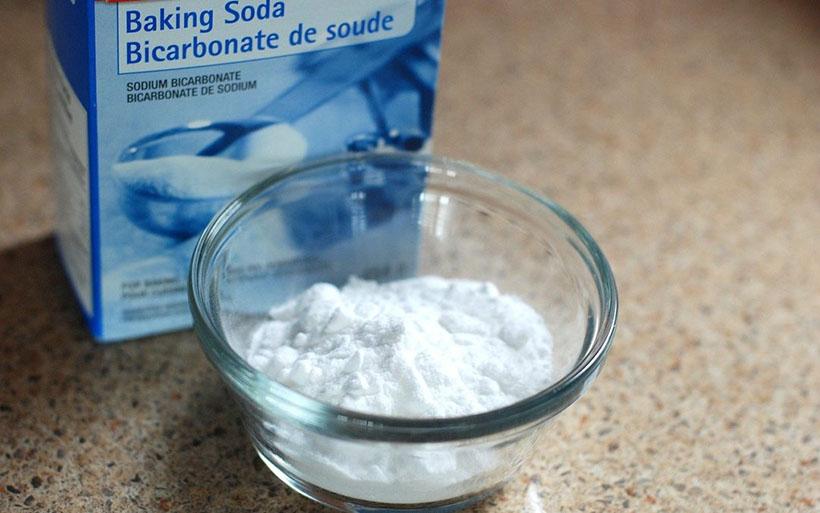 Can Baking Soda Kill You

You, like me, most certainly have baking soda on your shelf and have heard that this natural product may be utilized for a variety of purposes! There are hundreds of articles on the internet that explain how to use baking soda for beauty, health, and cleaning. Is baking soda, however, edible?

In this post, we’ll look at how much baking soda is safe, if it’s edible uncooked, what it may be used for, and whether it’s safe for everyone in our family, including our four-legged companions.

Is It Safe To Eat Baking Soda?

So, precisely what is baking soda? Baking soda is a fine white powder comprised of sodium bicarbonate, which makes it highly alkaline. Baking soda has an extremely high PH of 9. This implies that it may neutralize and adjust PH levels when applied to other compounds or even our skin.

Baking soda became famous in 1846, thanks to the firm Arm & Hammer, which is still in business today!

The versatility of baking soda was the product’s principal draw. This is mostly owing to its powerful qualities, which may be particularly efficient when cleaning, removing filth, and interacting with other ingredients while cooking.

There are several varieties of baking soda, and it is critical not to drink the incorrect one! Cleaning soda, which is double the power of conventional baking soda, is available in addition to baking soda. Cleaning soda should never be taken since it is very poisonous and may produce a variety of negative effects.

It is not safe to ingest an excessive amount of baking soda or other cleaning soda. Many individuals think that consuming a lot of baking soda will assist with health problems, but there isn’t enough scientific data to back this up.

Baking soda may help ease symptoms, but only in tiny doses. To treat heartburn and indigestion, many individuals use a teaspoon of baking soda with water. This home remedy is only appropriate for women who are not pregnant.

Is it safe to consume Arm & Hammer baking soda? Yes! However, always use baking soda rather than washing soda. It works well for baking cookies or muffins.

We strongly advise that if you wish to use baking soda uncooked, you should not exceed half a teaspoon per day. It is also not suggested for daily usage because of the high salt content, which might have long-term negative consequences on your health.

Here are a list of baking soda side effects:

Is Baking Soda Edible For Dogs?

Baking soda is safe to use around dogs since it contains no hazardous ingredients. Baking soda is widely used to deodorize the bedding of your pets, your house, or your automobile. It is quite effective. Your dog will not be irritated by the usage of baking soda.

How much baking soda should i take?

Adults may treat transient indigestion by adding half a teaspoon of baking soda to half a cup of water. Keep in mind that consuming baking soda while pregnant might be hazardous. However, the NCPC suggests utilizing over-the-counter indigestion medications such as Tums rather than using it as a home treatment. This decreases the possibility of overdosing while also causing no damage.

However, if OTC goods are unavailable, baking soda may be used. People who are taking other drugs should see their doctor before using baking soda in tiny dosages. Sodium bicarbonate should not be used for more than two weeks at a time. If these symptoms linger for an extended period of time, your health may suffer.

Baking soda relieves indigestion and heartburn for a short time. It also helps to reduce muscular fatigue while sports tanning. According to a 2017 research, ingesting sodium bicarbonate may help you perform effectively. People should not use baking soda for fitness or health purposes without first speaking with a doctor.

Baking soda may be an effective home cure for indigestion or heartburn, but it should not be used for an extended period of time. Instead, try an over-the-counter indigestion medication.

What Is Baking Soda Used For?

Baking soda is a multi-purpose ingredient that may be used in both cooking and cleaning!

To learn more about the distinction between baking soda and washing soda, see our post: Baking Soda For Cooking versus Cleaning.

Here is a list of applications for baking soda:

It is critical that you do not drink excessive amounts of raw or concentrated baking soda since it is quite rich in sodium. If you eat it raw, limit yourself to half a teaspoon since it contains 630mg of sodium bicarbonate.
Consuming excessive quantities of salt may be quite hazardous, so avoid it!

Baking soda is wonderful in the kitchen and can make your baked goods fluffy and outstanding. It is recommended to use baking soda in cooking since it is harmless at that temperature. We recommend that if you ingest baking soda uncooked, you exercise extreme caution since you do not want to end up with any negative side effects or health concerns.